Book Online
You are here: Home / Mama Blog / What the heck is Lamaze all about? 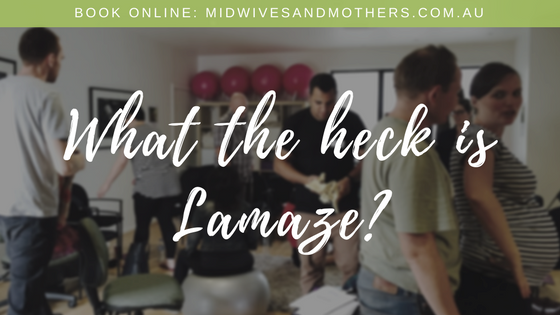 By Tanya Strusberg, from Birthwell Birthright and Lamaze Instructor at MAMA

Book into Lamaze at MAMA here!

The most common response I get when I tell people that I am a Lamaze Certified Childbirth Educator is; “Lamaze? Isn’t that the breathing method?”

If you’ve ever watched an American television show or movie that features a birth, chances are pretty high that Lamaze will feature in there somewhere. Whether it’s a scene of the couple attending their Lamaze class or the woman huffing and puffing through her labour; (no) thanks to Hollywood, Lamaze has become synonymous with breathing! 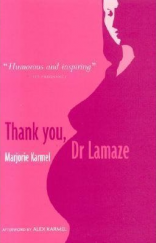 It’s interesting to look at the historical context to understand why this all came about. The 1970s saw a revolution in birth and Lamaze was at the forefront. Only a few years earlier, women were routinely sedated during labour using a combination of morphine and a drug called scopolamine, which induced what was known as “Twilight Sleep”. Not only did it aid in taking away the pain of childbirth for the mother, but it also took away a mother’s memory of the event as a whole. The backlash started shortly after women really started to put two and two together and realised they had no memory of their child being born, which was the beginning of the end of the twilight sleep days – but not before a generation of women and their babies suffered as a result of this barbaric and highly unethical procedure.

Lamaze childbirth education offered a thoroughly emancipated alternative to twilight sleep. It encouraged women to be totally present throughout their labour and birth, to take control of their bodies and to embrace this normal, physiological process.

Over the years, Lamaze has continued to develop alongside the best, most current medical evidence available. Gradually, it moved away from being a method or a technique for giving birth (think: “hee hee, hoo hoo!”), and now takes a very holistic approach to healthy pregnancy, birth and early parenting.

So what’s it like to attend a Lamaze class?  Simply put, Lamaze takes the mystery out of birth. It helps you feel more prepared for birth, so you can achieve a safe and healthy experience. The fact is; we live in an era of information overload. Around the world, pregnant women are bombarded on a daily basis with messages that birth is an emergency waiting to happen. It’s rare that we see beautiful images of birth and rarer still that we are exposed to empowering and positive stories of birth. As a result, many women don’t have faith in their body’s ability to give birth naturally and without a lot of medical intervention.

In a Lamaze class you will learn all about the Lamaze Six Healthy Birth Practices. These evidence-based practices promote, protect and support natural, safe and healthy birth. 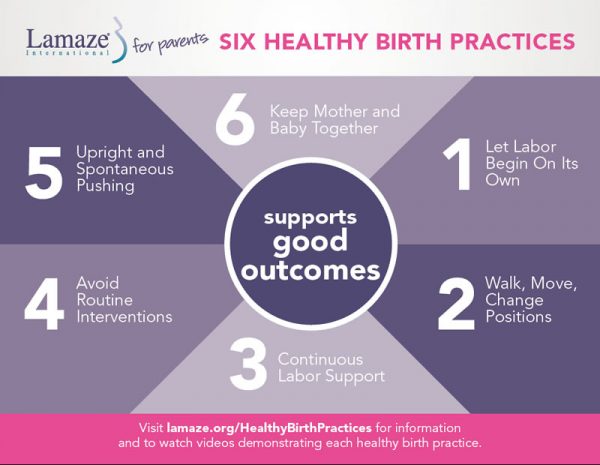 Caesarean rates in Australia are now over 32% and that represents an increase of about 50% in 15 years. According to the World Health Organization, a Caesarean section rate of about 5 – 10% is the target for overall optimal maternal-baby outcomes. According to a ground-breaking landmark study of nearly 700,000 women in NSW hospitals, only 35 per cent gave birth with no intervention in public hospitals, while this dropped to 15 per cent in private hospitals. Tens of thousands of Australian women with low risk of birth complications are undergoing unnecessary medical interventions in private hospitals in a trend that leading midwifery expert, Professor Hannah Dahlen of the University of Western Sydney has described as “horrifying”.

It is crucial that women are educated about the normal process of birth. Pain in childbirth is not like pain caused by injury or illness, and women do have the ability to rise to the experience of childbirth. Hospital prenatal classes rarely normalize birth for women or introduce options for non-pharmacological techniques to help manage the intensity of labour.

Taking a Lamaze childbirth education course informs you about your options for birth, builds confidence and provides you with the necessary tools to help you make good informed decisions about your care. It’s our goal to help you to regain your connection to the vital force deep inside that knows how to give birth. It’s that same force that intuitively guides us to parent our children.

Tanya Strusberg is the founder of birthwell birthright. She is a Melbourne-based Lamaze Certified Childbirth Educator and a Fellow of the Association of Certified Childbirth Educators (FACCE). She is a passionate advocate for women’s maternity care and her articles have appeared in The Journal of Perinatal Education, Australian Midwifery News, Science & Sensibility, Interaction – the journal of the Childbirth and Parenting Educators Association of Australia (CAPEA), Empowering Birth Magazine, Rockstar Birth Magazine, Mum’s Lounge, Go Ask Mum and Whole Woman. Through her internationally-accredited Lamaze Educator Training program, she is very excited to be training a new generation of Australian Lamaze educators. Last, but absolutely not least, she is also the mum of two beautiful children, her son Liev and daughter Amalia.