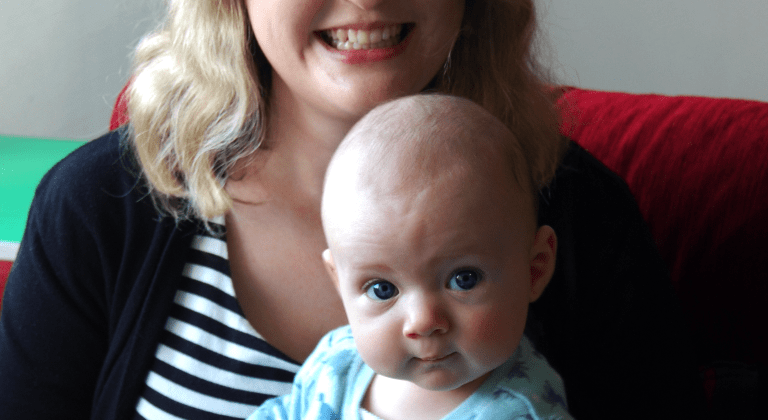 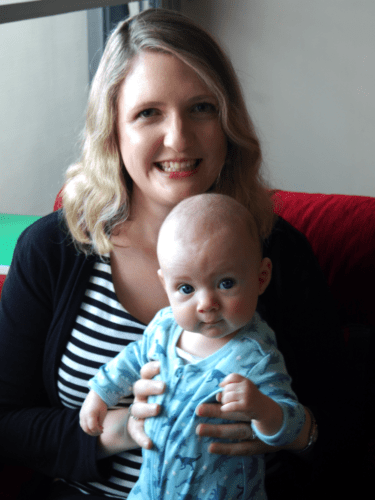 My beautiful boy Riley was born on at 10:47pm on the 22nd July 2016. The moment he was born, he was placed straight onto my chest. I marvelled at his little head as it bobbed around, instinctively searching for his first meal. I so clearly remember the moment he latched on, and the strange yet wonderful sensation of feeling my baby feeding from me for the very first time.
From there, however, our breastfeeding journey became more difficult. I had never given much thought to breastfeeding, I just knew that it was how I wanted to feed my baby, and assumed that it would just happen. But for us, it didn’t. From day one, we struggled with attachment and my nipples quickly became damaged and painful. When Riley was a week old, he had a tongue tie cut, yet it seemed to make little difference, and the pain continued. Riley wasn’t getting the food he needed and was put on formula top ups to help him gain weight.
My pain worsened and I was diagnosed with mastitis in both breasts, thrush, and vasospasm. The mastitis took three lots of antibiotics to clear up and the thrush was particularly stubborn and continued to cause me extreme pain both whilst feeding and in between. I was taking painkillers around the clock and each feed was fraught with tears and pain so intense that I begun dreading every feed. This in turn caused me to feel immense guilt; I loved my little boy and hated feeling that way. Concerned loved ones begun to float the idea of switching to formula, but I so badly wanted to breastfeed. Not ready to give up, I sought help from a variety of lactation consultants, midwives, and doctors. It was soon discovered that some of Riley’s tongue tie still remained, and once again I watched my darling boy have it cut, this time to some immediate relief for my poor nipples. I was placed on medication for the vasospasm and an aggressive treatment plan for the thrush, which included using gentian violet, an antiseptic dye which turned my nipples and Riley’s mouth a horrible bright purple. At least I was able to see the humour in it.
After almost two months of various treatments, the pain during feeding finally started to decrease, yet continued after and between feeds. I kept looking for answers, but struggled to find any. I was receiving wonderful support, yet everybody seemed stumped as to what was causing the pain and why I wasn’t responding to the medication. It was thought that the main problem was now vasospasm, but I was feeling increasing frustrated, I felt there was more to it. I was feeling the pain in the breasts, whereas everything I had read about vasospasm spoke about nipple pain. I was sure someone else must have been through the same thing, so I turned to the internet.
Through a lucky combination of search words on Google, I stumbled on a report about ‘mammary constriction syndrome’, a newly identified syndrome researched by Edith Kenerman IBCLC and Dr Jack Newman, a paediatrician and breastfeeding expert of the International Breastfeeding Centre in Canada. The syndrome was described as a tightening of blood vessels deep in the breast, causing a lack of oxygen and blood flow to the area, resulting in pain. It is caused by tension in the pectoral muscles, often the result of continued painful breastfeeding. The report also mentioned that the syndrome had in the past often gone misdiagnosed as thrush. This sounded exactly like what was happening to me! Treatment for the syndrome was pectoral stretches and massage before and after feeds. I tried it out straight away. The relief was immediate! I couldn’t believe it! I ran it by my healthcare providers, most of whom hadn’t heard of it, but all agreed that this was likely the answer I had been looking for.
Over time, by regularly performing the stretches and massage, as well as seeking help from an osteopath, the pain reduced dramatically. Now, about three weeks on from first learning about this syndrome, I am almost completely pain-free and Riley is a happy, healthy, 100% breastfed baby. It was an incredibly challenging time for me (and my husband who had to stand by watching) and I am very grateful for all the support I received from my family,  midwives and lactation consultants, I don’t believe I would have been able to continue breastfeeding without it. I am hopeful this syndrome will become more known amongst healthcare providers, so that it can be identified quickly in other women, sparing a lot of pain and potentially preventing someone having to stop breastfeeding.
To now be able to fully enjoy the wonderful bonding experience of feeding my baby is incredible, and I hope to continue our breastfeeding journey for as long as it feels right for both myself and Riley, who is currently happily enjoying his lunch as I write.
By Amanda Bermand

I graduated from a double bachelor degree as a Midwife/Nurse in 2007. After two years of practice in a major maternity hospital in Melbourne, I was lucky enough to be mentored by two wonderful Midwives into private practice. Soon after, in 2011, I founded MAMA with Jan Ireland. Practising privately allows me to care for families in a partnership, where I feel I can give unique, individualised care. I am both extremely passionate about and grateful for the opportunity to work in this way. Another passion in my professional life is Childbirth Education classes; I completed Calmbirth training in 2011 and run skills workshops for Midwives as well as guest lecturing at Universities. I am currently the MAMABirth presenter; which you can read more about here https://www.mamabirtheducation.com/our-team! I have two beautiful young children and a wonderful husband who support me to work in my dream job (on-call work can be a logistical nightmare for families but we make it work). I need running to keep my mind and body calm, and spending time in the outdoors (particularly in the mountains) rejuvenates me.